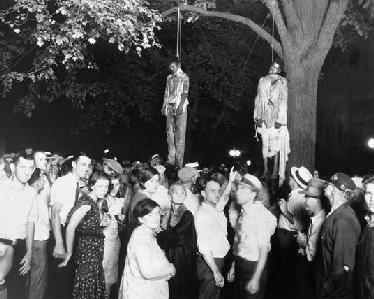 One of my favourite sites in regards to issues concerning the Motherland is The African Executive. They are hosting the 5th Carnival of African Enterprising for October, dealing with topical and developmental issues concerning Africa. This Carnival is held monthly and the previous 4 entailed:

The topic for the 5th edition will be “Positioning Africa in the 21st Century”, which explores the reason behind the success of the West and emerging Eastern economies and how they can be applied in Africa. Articles are welcomed to be submitted here and they will be published on October 10th.

Religion as we in the West know and practice it is an outgrowth of imperialism. Careful study of Marimba Ani‘s masterwork, “Yurugu: An African-Centered Critique of European Cultural Thought and Behavior,” makes it clear that the intention and proselytizing usage of European religion was for control and conquest of other peoples. The diasporic African’s attachment to the European’s religion is at best problematic.

How does our God-consciousness, filtered through an alien religion, shackle us?

Can our spiritual/religious beliefs flower within such a context? Can those beliefs and practices empower us?

What about the religious practices that some adopt/adapt from the Motherland, such as Candomble in Brazil, Haitian Voodoo? Do these provide a liberatory experience for the practitioner that counters the racist offerings of BIG religion?

Is the white man’s religion a positive or negative force, ultimately, in the lives of African peoples in the diaspora?

Is it possible to adopt/adapt the religions and religious practices of an oppresor who has used religion throughout history to conquer the minds and bodies of his targets/victims – to positive affect?

Writers, thinkers, believers and non-believers are invited to share their thoughts and feelings on this thorny topic.

“Please have your link submitted by Sunday 30 September at Afrospear@hotmail.com, and the carnival date will be Monday 01 October. We also welcome your suggestions on topics you would like to see discussed here in the future.”

(New York): Black Bloggers have united to battle mainstream music and entertainment fat-cats who profit off the stereotypical, sexist, and racist exploitation of African American people. Their main targets are Black Entertainment Television (BET), who they call ‘Black Exploitation Television’, and gangsta rappers such as 50cent, Snoop Dog, The Game, and Cam’ron. These artists produce music bloggers have branded ‘gangsta crap’.

Gangsta rap regularly glorifies sexism, the n-word, profanities, violence, drug use and dealing, sexism, and the dehumanization of Black men and women. Gangsta rap videos and stereotype-filled shows are the programming staples
of BET.  “BET and hip hop have gone down hill. They were once inspirations. Now they purvey some of the most harmful anti-Black sentiments you will ever see or hear, and this has become a representation of mainstream Black culture,” says Bronze Trinity of the Afrosphere Bloggers Association (ABA). ABA is coordinating the Afrosphere Accurate Images campaign against BET and gangsta rap.

ABA bloggers want widespread changes in the television and music entertainment industries. They want BET to stop airing videos where half-naked women are objectified, Black men are shown as ‘thugs’ and ‘pimps’, and street violence, illegal drugs, and gang activity is glorified.

They want the n-word and sexist epithets to be be censored when children under 18 are likely to be watching. ABA also wants radio stations to stop playing racist, violent, and sexist music, for mainstream record labels and artists to stop producing such music, and for positive/conscious hip hop to become the mainstream. “It’s time to rise above the corrupted caricatures painted onto the Black community, and reach within ourselves with self love and respect”, says ABA blogger Daz Wilson.

However the bloggers understand the fine line between artistic expression and free speech. Carole took a pledge against racist and sexist hip hop on her blog but stated, “I believe that artists and performers are free to speak their own minds. I’m not against free speech. But honestly, I wish there are folks who were a bit more responsible in their speech to kids because most kids are pretty undiscerning”.

This is not just an American concern according to ABA member Adrianne, “Living overseas allows one to see how influential American pop culture is. Even in Sweden I see the young kids listening to and emulating the hip hop performers. Black artists do not need to export negative images of Black women around the world”. Other international members have reported stereotypes and negative behaviors caused by gangsta hip hop and television programming that is broadcast around the world.

ABA strongly supports recent activism of other groups such as What About Our Daughters blog, the Enough is Enough Campaign, and the National Action Network’s Day of Outrage Against the Music Industry. “The time has come for
us to take back our image and for Black people to accept responsibility for the role they play in denigrating our own image,” proposed Bronze Trinity.

Today, Howard Witt of the Chicago Tribune e-mailed me for a quote confirming that AfroSpear involvement in the September 20 Jena Six Justice March goes on as planned, even though charges have been dropped against one of the six (15%) of the Jena Six defendants.

I e-mailed back and left a message on his cell-phone, confirming our collective determination, including the AfroSpear and ColorOfChange.Org (press release), that the March will go on determinedly as planned.

We will insist that ALL ADULT AND JUVENILE CHARGES AGAINST ALL 6 DEFENDANTS  be dropped now and foreclosed for the future, and that de jure and de facto segregation be ended at Jena High School.

“Afrosphere bloggers and our audiences will continue to assert our role as forceful advocates of equal justice for Blacks in the American justice system.”

The English Heritage Organization has put together a tour in England related to the abolition of the slave trade.

“When the stories behind our local streets and landmarks are told they can give us a glimpse into the history on our doorstep. The late 16th to early 19th centuries – the period of Britain’s most active involvement in the transatlantic slave trade – have left a wealth of evidence in records and the historic environment that today tells the story of anti-slavery campaigners from all backgrounds, of those who grew wealthy on the trade in human lives and also of those who were themselves slaves in England but nevertheless left their mark on history.”

So far you can choose from The Slave Trade and Plantation Wealth, Black Lives in England, and Abolitionists.

Note: All the sites identified in this guide can be seen from public spaces, though not all are open to the public. Contact details are given where possible. Please check access details before visiting.

Read more about activites in the UK acknowledging this historic event.

I was fortunate to be able to grow up seeing America from varied viewpoints. My childhood was spent in Hawaii and Indonesia. After college I worked as a community organizer on the South side of Chicago focusing on improving living conditions in poor neighborhoods.

I came to understand that to truly solve the problems facing our communities, it would take a change in our laws and our politics. I ran and served for seven years in the Illinois State Senate, where I fought for expanding children’s health care, providing tax cuts for the working poor and enacting welfare reform. In 2004, I was elected to the U.S. Senate, where I have worked to pass laws securing dangerous weapons and making government more accountable. I have also opposed the Iraq war from the start and believe that we need to bring our troops home by March of 2008 so we can refocus on the wider struggle against terrorism.

Of all my life experiences, I am most proud of my wife Michelle and my daughters Malia and Sasha.