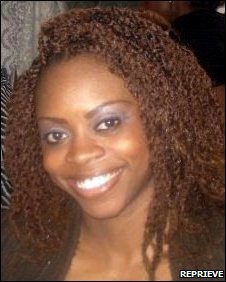 I read this shocking story on the Metro yesterday. Very scary.

I am actually terrified for this woman. They are not sure how she became pregnant as she fell pregnant whilst in prison in Laos, at a prison notorious for being extremely dangerous.

Please can anyone who blogs link this story so we can get the word out amongst other black bloggers to highlight Ms Orobator’s plight.

16 thoughts on “Pregnant Black Woman May Be Executed in Laos”