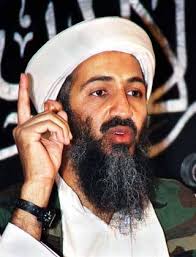 The world did not know the most vilified and hunted person, Osama Bin Laden, until August 7, 1998 when simultaneous bombs exploded in US embassies in Dares Salaam and Nairobi respectively. Over 200 innocent people were killed in these attacks.

Intelligence world took note of him and started devising the methods of dealing with him. The good or bad thing about Bin Laden is the fact that he’s not new to America and vice versa.

In essence, Bin Laden was the creature of the US created during cold war. Thanks to USSR invasion to Afghanistan, the US had to team up with Mujaheddin to defeat the then Soviet Union. In this courtesan marriage of convenience, everybody tried to use each other to attain his goals. This is when desperate Bin Laden, after being stripped off his Saudi citizenship, came into the big picture.

If anything, the US regrets its negligence for not disposing Bin Laden after using him in Afghanistan. So too, Bin Laden regretted to, blindly, render his service to the guys that have no permanent enemy or friend.

Thanks to the umbrella or covert of Islam Bin Laden used to use, he easily fooled many so as to have sycophants and sympathizers in the intelligence world, especially in countries like Afghanistan and Pakistan where he lived and died. Living in Pakistan for long without being detected or dealt with speaks volume regarding this conspiracy and double standard.

Going back to Bin Laden hallmarks, though these attacks on America’s establishment in East Africa were conducted by Al Qaeda, the world, for the first time, knew of Al Qaeda and its leader and founder Bin Laden. But thanks to the minor status of the victims and locality of the embassies (Africa), Bin Laden was not taken seriously. He did not even become a legend.

One important link that connected Obama with this crime is the fatwa he had issued earlier saying that Muslims are duty bound to kill Americans and this would be translated as jihad.

Bin Laden became an icon-cum-devil-incarnate on September 11, 2001 when Al Qaeda struck one gain. This time America’s symbol of power and prosperity, the twin-tower-World Trade Center (WTC) in downtown Manhattan New York, became a target. What transpired is but dirty history and a scar on humanity. The anger that emanated from hither is too known everywhere.

In actual fact, the September 11 attacks gave Bin Laden a new look among the world. Those hoodwinked by his megalomania, that of fighting for Islam revered him, whilst those who knew his devilish megalomania hated him next to no one.

Now that Bin Laden is no more, was he a hero that deserved reverence or a mere lunatic that was supposed to be flashed out earlier than it took? Bin Burden, the thorn in a shoe for America is no more than a dark and lunatic history.

Though Bin Laden pretended to stand for Islam, there are those who doubted his legality and fitness as far as Islamic cause is concerned. They urged, how could a bastard as per Islamic law, fight for its cause? Islam allows a Muslim, under strict conditions of extreme fairness and equality to marry up to four wives.

Many eminent psychologists and sheiks agree that a human being can nary be fair by nature. Thus, whoever marries many wives, in other words, is going against Islam and the law of nature. No ontocratic possibility between these. Osama’s mother, Hamida al-Attas was a tenth wife of Mohammed bin Awad bin Laden.

Even if one looks at his last moment will find something fishy. Reports have it that one woman was killed along with Bin Laden. This woman is said to be one of Bin Laden’s guard. Why a woman? Wasn’t she his mistress knowing that if he brought his known wife or wives in, they would blow his cover? Is this Islamic?

Even if you look at his father’s hyper touted wealth, you’ll find it highly suspicious. For he had to befriend King Faisal to secure tenders. This means he did not use merit to win those tenders of building government buildings. Is this Islamic? For those conversant with how corrupt the Saudi regime is, will agree with me that what they do is contrary to what they preach and pretend to stand for, hype hypocrisy. One empirical fact is the kingdom. Islam presupposes that Muslims should be ruled under caliphates, not kingdoms or ayatollahs as it is in Iran.

More on unfitness of Saudi regime. Last year one of the grandsons of the King Abdullah, Saud Bin Abdulaziz Bin Nasir al-Saud, was jailed in Britain for murdering Bandar Abdullah Abdulaziz on February 15. The media had it that the deceased and his killer had homosexual relationship. This is intolerable in Islam. But again, thanks to being the prince, even if his un-Islamic behaviour was known, nobody would punish him. But if this were committed by a commoner, he would face the noose of a hangman.

Who was Bin Laden actually? A lunatics just like Paul Kibwetere, who on 17 March 2000, killed over 500 followers at Kanugu in Uganda. This killer promised his victims that they would go direct to heaven.

He was a megalomaniac using the word of God, just like Vernon Howell (David Koresh) who on 28 February 1993 at Mount Carmel, US, killed over 20 followers by duping them that they would go to heaven.

True, many lunatics and con men and women use religion to dupe and rob people. Sadly though, all these famous lunatics like those mentioned above were not captured so as to have their brains examined. This would give us a clue as to how religious lunatic think so as to avoid future miseries.

Though Bin Laden has taken many blames, the US too has its share. So too is double faced ally Pakistan that used to receive billions of dollars aimed at tracking down Bin Laden and his gang, but still sheltered him. Now that the world is under one order, it should abolish its double standard policies of exploiting others.

Now that Bin Laden is gone, will peace prevail? Hopefully yes if we study what happened to Red Brigade or what happened after the apprehension of Carlos the Jackal.