This very informative documentary is by Robert Beckford on his fact finding visit to Ghana and the “new” colonization of Africa.

“What has been shall be again, what has been done will be done again; there is nothing new under the sun.”

“Gentlemen, I shall be brief, but I would like to use my remaining time with you to remind you that the case of Mayella Ewell vs. Tom Robinson is not a difficult one. To begin with, this case should have never come to trial. The state of Alabama has not produced one iota of medical evidence that shows that the crime Tom Robinson is charged with ever took place. This case is as simple as black and white. It requires no minute sifting of complicated facts, but it does require you to be sure beyond all reasonable doubt as to the guilt of the defendant. Miss Ewell did something that in our society is unspeakable: she is white, and she tempted a Negro. The defendant is not guilty, but someone in this courtroom is. I have nothing but pity in my heart for the chief witness for the state, but my pity does not extend so far as to her putting a man’s life at stake. She knew full well the enormity of her offense, but because her desires were stronger than the code she was breaking, she persisted. The state of Alabama has relied solely upon the testimony of two witnesses who’s evidence has not only been called into serious question, but has been flatly contradicted by the defendant. I need not remind you of their appearance and conduct on the stand. They have presented themselves in the cynical confidence that their testimony would not be doubted. They were confident that you, the jury, would go along with the evil assumption that all Negro’s lie, and are immoral. Mr. Robinson is accused of rape, when it was she who made the advances on him. He put his word against two white people’s, and now he is on trial for no apparent reason- except that he is black. Thomas Jefferson once said that all men are created equal, a phrase that the government is fond of hurling at us. There is a tendency in this year of grace, 1935, for certain people to use that phrase out of context, to satisfy all conditions. We know that all men are not created equal in the sense that some people would have us believe. Some people are smarter than others, some people have more opportunity because they are born with it, some men have more money than others, and some people are more gifted than others. But there is one way in this country in which all men are created equal. An institution that makes a pauper the equal of a Rockefeller, the ignorant man the equal of any president, and the stupid man the equal of Einstein. That institution is the court. But a court is only as sound as its jury, and the jury is only as sound as the men who make it up. I am confident that you gentlemen will review without passion the evidence you have heard, come to a decision, and restore the defendant to his family. In the name of God, do your duty. In the name of God, gentlemen, believe Tom Robinson.”
Atticus Finch in the movie “To Kill a Mockingbird”

I remember the feeling I had when I first saw this film. I was about 16 or 17 years old and the whole Tom Robinson storyline left me enraged and confused. Enraged because an innocent Black man was found guilty of a crime he obviously didn’t commit… and confused because I didn’t understand what produced so much fury in White people when it came to Black people. Enraged because I wanted to become a lawyer, for I believed that the truth would always ensure that justice is served… and confused because, as I was just becoming politically and culturally aware, it was becoming more and more evident to me that the justice system was not based on truth or fairness when it came to Black people.

I can’t remember ever reading the book or play, but I do remember that I was aware of the storyline before I saw the movie, so I knew that the Black character would be found guilty and killed. Still, even knowing this, the impact was heart-wrenching for me. I have seen the movie many times since and although the feelings of rage and confusion are not as intense, they still burn within me every time I see it. Even after my own experiences with racism, as well as personally knowing and hearing of other instances, even after reading many books, articles and blog posts on the subject of racism and having numerous discussions, even after posting articles about it myself on this forum, I am still enraged and at the same time confused by the blatant and obvious injustices Black people face within the criminal justice system.

Hence the story of Eric Frimpong.

Reading his story is like watching a real life “To Kill a Mockingbird” unfold. Here is a Black man accused of violently raping a White woman. There was no blood, semen, vaginal secretions, scratches or abrasions on his body or clothes which that would indicate that he was involved in any sexual activity or rape. The alleged victim even stated that she had hit her attacker hard with a “thicker ring” she was wearing on her right ring finger. There was no DNA evidence whatsoever linking him to the crime, although the semen of the alleged victim’s jealous boyfriend, who admitted seeing her with Eric on the night of the alleged rape, was found on her underwear. However, this boyfriend was never considered a suspect by the police!

Although Eric’s DNA was not found anywhere on the alleged victim’s body or clothing, her DNA was found on him, which confirmed the story he told police that she had tried to kiss him, became aggressive and stuck her hand down his pants. He spurned her advances and left. She admitted to police that she had been drinking heavily that evening and had gaps in her memory of that night. Although she contradicted herself many times and wasn’t sure what had happened, she still held that Eric Frimpong as her attacker.

Eric was subsequently charged and brought to trial before an all-white jury who found him guilty. He was sentenced to six-years in a California state prison.

I am left wondering if the summation of Eric Frimpong’s lawyer to the jury was anything like Atticus Finch’s above. In the real life, just like in the movie, it didn’t matter.

Here is an excellent and informative article on the whole saga by ESPN.

Let’s support Eric not only with our thoughts and words, but also with our funds for his appeal. 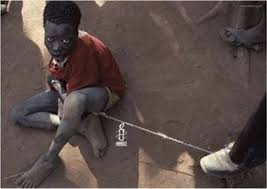