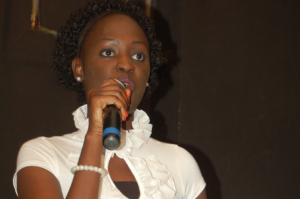 It’s been a while since I dropped a post. I’ve primarily been busy being a husband, father and worker (in that order). The little free time I do have, I’ve been spending reading, as well as watching documentaries, movies, HardTalk (on BBC World), Tavis Smiley and Glenn Beck (more on him in an upcoming post). In a sense, I’ve been recharging my batteries and doing a lot of thinking… more like meditating… on life.

With all that being said, last month I read a lot of articles and posts, as well as watched a couple of documentaries, in regards to Black History Month but didn’t have the urge to comment or do a post. It was all primarily the same ole stuff about what we’d accomplished in the past (and didn’t get credit for), and the discrimination and tribulations we’ve experienced in the past and still going through today. I didn’t read anything on how we are making history today, laying the groundwork for a look back, in the future, to our positive accomplishments. Now I’m not saying that there wasn’t anything like that being discussed out in the afrosphere, in relation to Black History Month, I just didn’t read any (maybe more of a reflection of the blogs and websites I frequent… I will need to meditate more on that).

However in my various cyber travels, I did come across some sites and information that gave me hope and encouragement in our future. It reminds us…me … that everyday we are indeed laying the foundation for the future, as well as making positive history today, that is not confined to a single month.

1. I watched an inspiring show on the African Leadership Academy. I saw it on Tavis Smiley, watch the segment here.

3. Fihankra International: A mission to return to build a future in the motherland.

4. We all no doubt heard and/or watched the Serena Willimas meltdown during the 2009 U.S Open. It was all over the media then and even today. However there was no media coverage, that I saw anyway, or to the extent of her meltdown, of her work in building two schools in Kenya: The Serena Williams Secondary School and The Serena Williams Wee Seconday School.

5. An excellent documentary about the political power of hip-hop in Africa: African Underground: Democracy in Senegal

The world is still grappling with what happened in Haiti recently. On 12 January, 2010 Haiti was hit by a killer earthquake that left tens of thousands dead and millions either injured or their properties destroyed.

After the quake struck, the world, led by US, was racing to Haiti to help the victims. This is a good thing indeed. However, some African countries used it to show their hypocrisy and disregards of their people and their constitutions.

The first African country to chip in was Senegal. Whilst other countries were trying to bolster quake efforts, some African rulers displayed poor and bad judgements. Senegalese president, Abdulaye Wade, interestingly came in with the offer of land or houses to Haitians that were ready to return back home-Africa. How much money or soldiers did he send to help the victims? Zero. Is this what really Haitians need now? Nay!

Senegal’s president says he’ll offer free land and “repatriation” to people affected by the earthquake in Haiti. “The president is offering voluntary repatriation to any Haitian that wants to return to their origin,” said Mr Wade’s spokesman, Mamadou Bemba Ndiaye.

Try to imagine how tormenting such a sickly proposition made by a ruler of dirt-poor country. Wade was quoted saying that Haitians were sons and daughters of Africa, since Haiti was founded by slaves, including some thought to be from Senegal. In other words, the Darfuris are not sons and daughter of Africa! That’s why Wade as an African, ruler and a Muslim has nary bothered to welcome them.

Many people who know Africa well were dismayed and buffed by this make-believe generosity aimed at gaining international notoriety and pizazz. Questions on this were many more than answers. Why should he wait for the calamity to strike? Why promising to offer houses to Haitians whilst many Senegalese have no houses? Was this a political capital or what? Does the constitution of Senegal allow president to offer part of the land to anyone he deems fit? Did he consult with the people? Can this help Haiti and Senegal altogether?

What appalls, those Senegalese suffering from all miseries including having no houses, unluckily, are the ones that voted for Wade apart from their tax giving him the guts of thinking about unthinkable. This proves how Wade has become myopic and a dictator, despite being a professor of law that he’s breaking. Does Wade regard Senegal as his private estate he can offer to anyone? He is totall off rails.

END_OF_DOCUMENT_TOKEN_TO_BE_REPLACED

“The repeated calamities that befall Haiti prompt me to propose a radical solution — to take measures to create somewhere in Africa… the conditions for Haitians to return,” Senegal’s president Abdoulaye Wade told France Info radio today.

He is offering Haitians who want to return to their original homeland housing, a plot of land or a region of the country, depending on how many accept his offer.

“They did not choose to go to that island,” he said referring to the mass deportation of African slaves to Haiti, some most likely from Senegal, both former French colonies. “It is our duty to recognise their right to come back to the land of their ancestors.”

This is an excellent and timely idea. I doubt that it will gain any support from the international community though, who have so much invested in Haiti, especially the U.N., aid organizations and ngos. However it’s better than going through this again: