These two articles from Sis Deb over at Let’s Be Clear blog are worth the time to read: 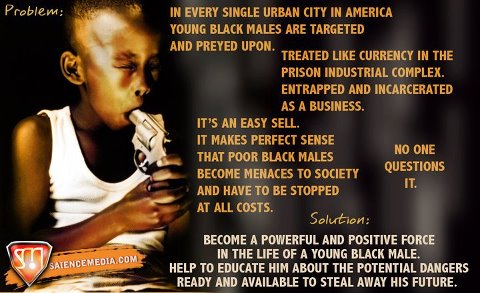 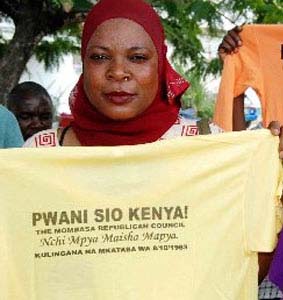 Although there have been much brouhahas and rumpus from Mombasa Republic Council (MRC), agitating for cessation from Kenya, the truth is what MRC is trying to do is treason. For nobody can declare a republic within a republic and fall short of committing treason. Therefore, legally speaking, MRC needs to be told to its face that what it is trying to do is treason and it is heavily punishable under any law of any land. This does not need to consult philosophies, philosophers and gurus in law. Thus, “Pwani si Kenya” or “Coastal is not Kenya”, suffices to land people in big troubles. If Coastal is not Kenya, what is it?

History is a good witness even though history repeats itself as it is this case, it does not favour MRC. MRC is not the first to try this even in Kenya itself. There were uprisings in Kenya which was known as Shifta Uprising in 1963-1967, in the then National Frontier District, whereby ethnic Somalis wanted to secede from Kenya. Despite its infancy then, the government of Kenya did not allow such a sacrilegious thing to happen.

Outside Kenya, Africa has witnessed such claims of seceding. Good news is that all secessionist groups ended up being thwarted except South Sudan and Eritrea whose cases are quite different from MRC’s. Even more so, after Shifta Uprising, Biafra secessionist movement under Chuku Emeka Ojukwu followed. It had the same slogan of the Republic of Biafra. This movement lived for a while before the government of Nigeria descended on it. Likewise, Cassamance in Senegal tried the same to no avail. Movement of Democratic Force of Cassamance (MDFC), just like Biafra and now MRC came with the same idea. Again, the government of Senegal did not fail to thwart and neutralize it. This is what Kenya should do with MRC if they cling unto their treasonous demands.

Verily, there can nary be Kenya without even an inch of Coastal or any province. More so Coastal Province cannot exist outside Kenya. Surprisingly though is the way Kenyan authorities are dealing with this treason. If they can revisit the law of the country, they will find that the only thing they can do with MRC is to charge its ringleaders forthwith. In essence, what is going on in Kenya reminds me what happened in Britain when King Charles I was beheaded for treason. If the king was beheaded, who are these roundheads and their retinues behind MRC? Charles said these words before his death, “For I do avow that it is as great a sin to withstand (he means resist) lawful authority as it is to submit to a tyrannical or any otherwise unlawful authority.”

Let’s look at what is giving MRC a big head. They are saying that Mombasa was not part of Kenya before independence. Well and good, Mombasa, just like Lamu, Malindi, Mogadishu, Pate, Pemba, Kilwa Sofala and Zanzibar were city states. This being the reality, it must be stated and understood that there was no the so-called Pwani, as we know it today under which MRC is basing its legitimacy. If we can follow this line of thinking, we can say that the Pwani, MRC is agitating for, surely does not exist outside Kenya. Pwani as a province was formed by the government of Kenya. If they use colonial legacy asserting that the City State of Mombasa was independent, it was not. For it was under the sultan of Zanzibar. Again, for the sake of enjoying what MRC wants and aspires to enjoy, Lamu and Malindi will claim the same in the near future. This is to say, suppose just suppose MRC succeeds, it should know that this is not the end of the game. After they are done with Kenya, they will turn to other people saying you are a Mkamba or Jaluo or whatnot. After that they will go for other people saying you are from Taveta, which is far from the Coast and what not.

Astonishingly, MRC does not get it that Kenya has had more than enough on its table. There is war against Al Shabaab and elections next year, not to mention the burden of Post Election Violence and ever surging tribalism. All these undertakings need a lot of money. Why doesn’t MRC see this? Does it think it can use this weakness to weaken Kenya? Of all said undertakings, Kenya can abort all of them to see to it that nobody is breaking the nation. If MRC wrongly thinks that Kenya will go bankrupt therefore give away its sovereign shall it flex its muscles, this is next to none.

If I could advice president Mwai Kibaki and MRC, I would strongly advise them to embark on legal procedures for MRC and upholding the constitution for Kibaki. What does Kenya’s new constitution stipulate about treason and secession? Let us use our reason well. The logic is simple. United we stand and divided we fall.

Although Kenyan authorities have been lenient, lax and polite enough to even think about holding talks with MRC, before this is done, MRC must recant its slogan of “Pwani si Kenya” and other injurious rhetorics. Failure to do this, MRC is facing a very bad start. Even though Kenya has more democratic rights than the then Jomo Kenyatta regime when it was faced with Shifta, still the government has the responsibility of keeping Kenya united, intact and one. This is the venue and sacred responsibility of any government. Therefore, existing democratic rights Kenyans enjoy in the New Constitution must be invoked through MRC filing its complaints to the court. This is the only and the surest way of addressing MRC’s grievances. Again, MRC must exist legally by being registered under the law of the land. Thus, up to this point, MRC is operating illegally and this is detrimental to its status and demands. Suffices to say: “Ya kale hayanuki.”

Why is MRC taking Kenya back to colonial past?

Our nation’s current political battle about same-sex marriage reminds me of the film “Mad Max Beyond Thunderdome” in which rivals fight it out in a cage to chants of “two men enter, one man leaves!”

I also recall Tina Turner’s song from the film. She belts out: “We don’t need another hero. We don’t need to know the way home.”

Conservatives might take Turner’s lyrics to heart. Look at liberals these days. They championed Barack Obama as a superhero, but have discovered the cape doesn’t fit. Conservatives need not repeat the liberals’ folly.

Obama recently revealed his “evolving” opinion on same-sex marriage evolved into support of it. It instantly created a clear division with conservatives he probably wanted to keep muddled for until after the election. Conservatives, to the contrary, have long maintained that marriage should only be defined as a legal bond between a man and a woman.

But this sudden and clear distinctions on the definition of marriage is not the point. Americans want a life beyond what politicians are offering.

Americans yearn for a simpler time when everyone knew everyone else’s name but not all of their business. Perhaps it’s the fault of so much social networking, tweeting and round-the-clock news. It seems that someone always has the answer, or can at least bluff so convincingly that it appears they do.

Americans are concerned that we are in a real-life political Thunderdome, one that makes our union fragile and headed for trouble. We need a world beyond the Thunderdome of class warfare, legislative immorality and financial ruin.

Turning back the clock to the time of our founders is not an option. Who can ever really go back home again anyway?

Like Turner’s song, we should realize we don’t need to be told the way home in 2012. What we need most is to find a way back to ourselves so we may figure out who we are and where we stand.

We are so distracted and overwhelmed with ideological diatribes and identity politics on both sides that we have lost touch with a basic understanding and appreciation of morality.

All of this drowns out the voice of our Creator, who helps us determine right from wrong and the way home.

We need to realize we don’t need hope and change from a leader in Washington.

We don’t need to rely on what a politician thinks about two men or two women buying a house and shacking up, just like we shouldn’t care about what they think about heterosexual couples doing the same. Individuals are responsible to their Creator for their life choices — not someone in the White House.

Conservatives would be wise to define their values — beginning with a strong appreciation for individual responsibility. For example, I will not make a list of moral right and wrongs for others. I will let their consciences be their guide.

It’s time to get this country thinking again. It’s time for people to be responsible for their choices and accept the consequences.

But as long as we are still arguing and disagreeing so vociferously, like Thunderdome, we take up all the space needed for the sort of self-reflection that empowers people to turn inward to their own responsibility and away from noise of the world.

Maybe Turner’s song is wrong. Maybe we do need another hero, and maybe we do need to know the way home. But it’s more complicated. The hero is beyond this world, and the way home offers a unique direction for each one of us that only He can give us.

We’ve mistakenly tried to find our home and our hero in government.

We need to look no further than Obama’s ill-fitting cape to realize our mistake.

Lisa Fritsch, a member of the Project 21 blackleadership network, is the author of “Obama, Tea Parties and God”. Her personal web site is located at www.lisafritsch.com.